Marta Priu has a degree in Advertising from Abad Oliba University and a Master’s degree in Marketing and Communications in fashion and luxury sectors from the Complutense University of Madrid and ELLE magazine.

Marta Priu founded Bcn Wedding Planners in 2005 as one of the pioneering agencies in introducing the concept of the wedding planner as a professional designer and organizer of weddings. Today, Marta Priu is a renowned Wedding Planner and Designer in Spain. 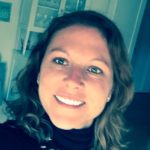 Marta Priu is a member of the Independent Association of Young Catalan Businesspeople (AIJEC) and an active lecturer on wedding planner courses (her own training scheme which has taught over 100 students from different countries).

Marta Priu has been interviewed by the country’s leading media, such as newspapers “El Mundo”, “La Vanguardia”, “El Periódico”, “RTVE”, “TV3”…, and she has also participated in numerous forums as an expert wedding planner and designer.

In 2014, Marta Priu decided to create a premium service on a national level for the most discerning and demanding of clients.

This website uses cookies to improve your experience while you navigate through the website. Out of these, the cookies that are categorized as necessary are stored on your browser as they are essential for the working of basic functionalities of the website. We also use third-party cookies that help us analyze and understand how you use this website. These cookies will be stored in your browser only with your consent. You also have the option to opt-out of these cookies. But opting out of some of these cookies may affect your browsing experience.
Necessary Always Enabled
Necessary cookies are absolutely essential for the website to function properly. This category only includes cookies that ensures basic functionalities and security features of the website. These cookies do not store any personal information.
Non-necessary
Any cookies that may not be particularly necessary for the website to function and is used specifically to collect user personal data via analytics, ads, other embedded contents are termed as non-necessary cookies. It is mandatory to procure user consent prior to running these cookies on your website.
SAVE & ACCEPT